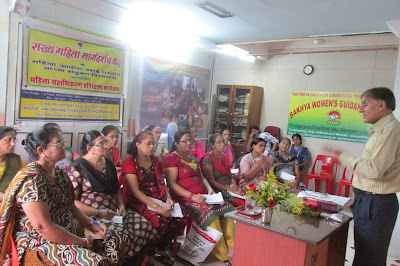 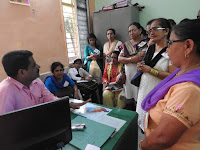 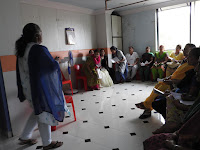 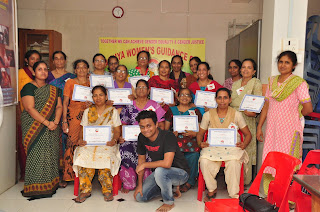 From the month of August 2015 to October 2015 Sakhya Women Guidance Cell organized Training of trainers for the leaders of Vasai Dioces who are actively involved in the community development. Sphere training sessions were concerned with influencing attitudes towards humanitarianism and enhancing individual skills to deliver humanitarian action.


Anjali was married to Ramesh from Satara.  He works on a highway eatery.  She has three children.  After marriage she started staying with her husband in Mumbai city.  The happiness in the marriage lasted for a very short period as Ramesh started abusing and beating her.    She sought help from Sakhya.  She was counseled and subsequently he too was counseled in the court where he committed in writing that he will harass her no more and will look after the family.
After this event Ramesh forced her to leave Mumbai and stay with his parents in Satara.  There too she was subjected to intense abuse by her in laws as well as her sister in law.  She had also reported that her father in law has even sexually molested her two year old daughter.
When Anjali could take it no more, she decided to flee from the home.  However she was never allowed to leave the house unescorted.  Once she set out of the house on the pretext of marketing escorted by a boy, she fled and reached Mumbai without her children.  With no support she started begging on the streets.  Later she got in touch with her father who then sheltered her and motivated her to seek legal help.
She has shown exemplary courage in filing her case, despite procedural hurdles from the law enforcement machinery.  She has also managed to get her children, who are now staying with her.  Meanwhile her husband has also filed a counter case against her.   She is keen to earn and raise resources to look after her children.

Suman came to city from her native town in search of a job and in order to make a career.  While in the city she met Arjun and eventually they got married against her mother’s wish. (Marriage not registered)  She has two sons; the older one is pursuing law while the younger one is schooling.   Her husband is an office assistant and earns a small income, however, unable to cater to the needs of the entire family.  Suman was happy initially, however her happiness was short lived when she got to know that her husband is already married earlier with 4 children who stay in the native place.  She got to know this truth when he stopped supporting her and the children and that he has been sending money to his wife and children for their upkeep.
When she confronted Arjun about the same, she was subjected to mental torture, physical and sexual abuse and deprived of any economic support.  Suman unable to bear the hurt and pain any longer decided to seek help.  Her sons have also supported her in her ordeal.
She has filed a non cognizable complaint and has registered her case with the district legal service authority for maintenance of the children, seek protection from domestic violence.
Posted by Unknown at 03:08 No comments: