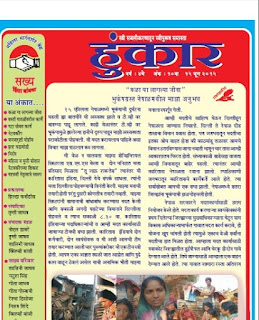 
Priya (name changed)accompanied by her sister Sumita reported being married for one year. It was her first marriage and husband’s second marriage after the death of his wife. He had a daughter aged 12 from first wife.  He was a government employee.  She reported that her husband was very aggressive.   He had been physically and verbally abusing her.  He had neglected her of monetary support and had threatened to throw her out of the house.   She suspected her sister-in-law who was instigating him against her.
She reported that her marriage took place in a temple and that he had still not obtained any legal documents as proof of the marriage and has been delaying the process without reason.  Her natal family also tried to reason out matters with him; however he was unwilling to talk and even entertain them.
On the 7th June she had reported the matters to the Dahanu police station; however there was no proactive action taken by them. The counselor conducted a home visit to Dahanu on 21 June.   The moment he saw the counselor he started abusing his wife and became violent.  His wife and the counselor went to the police station to report the matter and file an application for register a case of 498 A; meanwhile her husband also filed an NC against the counselor with false allegations.

The Senior Inspector of Police, Mr. Sonawale assured the women full support and cooperation, connect them to the Women’s Vigilance Committee for counseling and also extended support in terms of providing an advocate if the need arises. Meanwhile he immediately deputed the cops to produce her husband. He was absconding, only after repeated phone calls did he turn up.
The Police Inspector cautioned him with dire consequences in case a 498 A being filed.  He was asked to immediately provide the ration and other financial support to her to which he agreed.  He also decided to have a meeting with Priya's family members within 15 days.