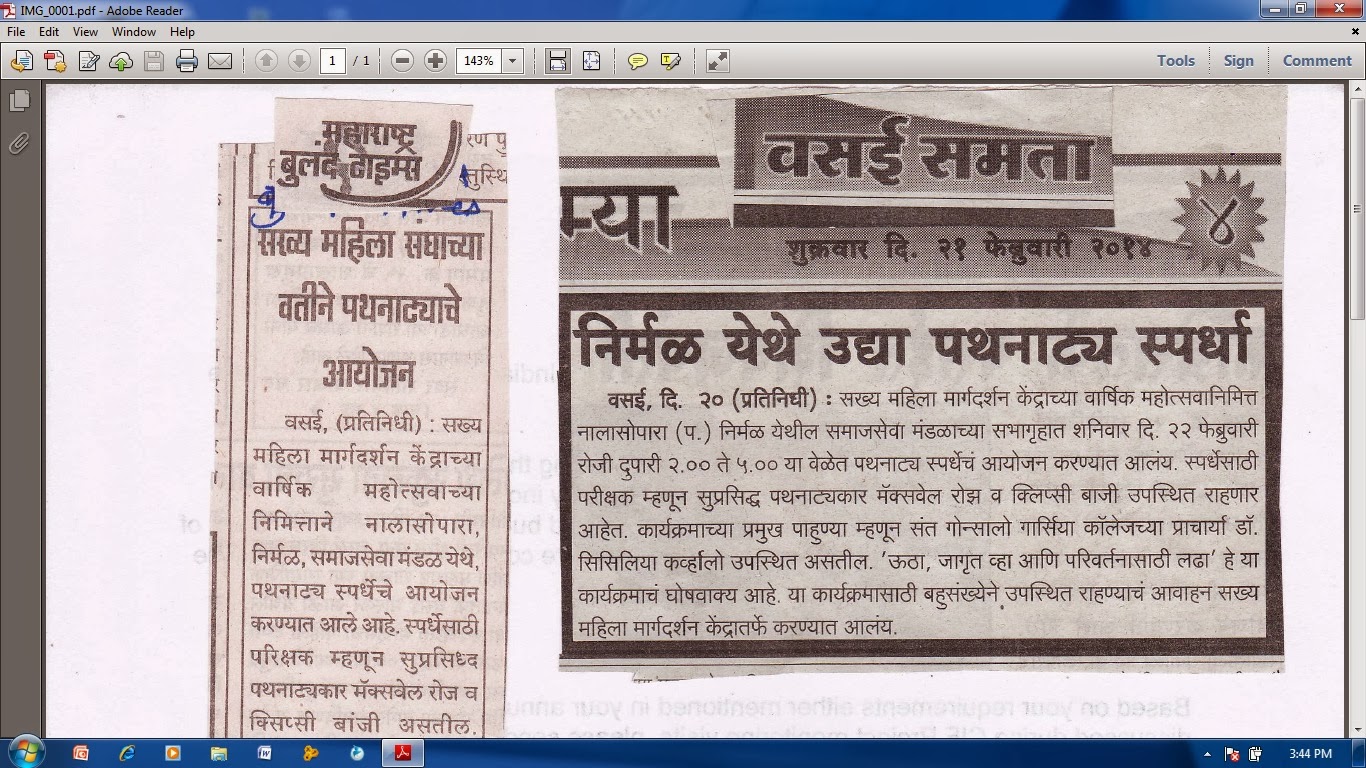 Husband seeking to rebuild his relationship with his estranged wife
Mr. Binod married since 3 years; has a son 2 years’ old.  He expressed to the counselor that due to some petty quarrels in his married life; his wife has gone to her natal home for the last 3 months and refused to come to the marital home.  During the time that they stayed together in the marital home; they did have occasional quarrels; his wife was suspicious about him, was instigated by her mother and used to give in to her mother’s views about Binod.  Her parents also used to pressurize him to make his paternal property in his name; he said that he could not do so as he has another brother who also has a share in the same.   He also reported that his wife accused him of assaulting and abusing her.
Before he approached Sakhya; he tried another attempt to bring his wife back but to no avail.  Thus he approached Sakhya to intervene and help him rebuild his married life.  After hearing his side the counsellor called up his wife and had a telephonic conversation.  When she was called for a joint interview she refused to come; however she did oblige to speak over the phone.  The counsellor had several telephonic sessions with her over the phone.  Binod reported to Sakhya that his wife has returned to the marital home and now they are both happy.

Arati who has completed her MA and B.Ed. (name changed) hails from a middle class family comprising of her parents and two older brothers aged 30 and 28 respectively. Father is retired as a lecturer in college while the mother is a home maker; one of her brothers is pursuing his MA in English literature while the other is house bound due to being a victim of polio.

The counselor of Sakhya reinforces Arati’s coping mechanisms by helping her focus on her various resources; seek alternate accommodation, look for a job till the time that the abusive environment has scaled down.  The counselor seeks a joint meeting with the father; who initially expresses a lot of anger and resistance for being called on the phone.  However he agrees to meet the counselor.  After a joint meeting with the mother and the father; the counselor enables the parents to understand their roles to support their daughter and not to reinforce or support the abusive behavior of their son.  Arati continues to reside in the family is now working as a teacher; and the father has stopped her brother from entering the house and troubling the family in any way. 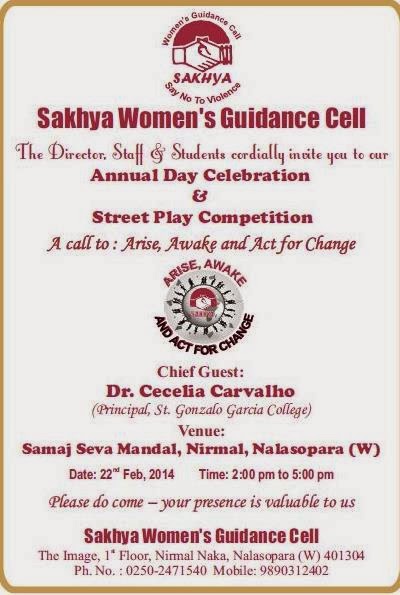 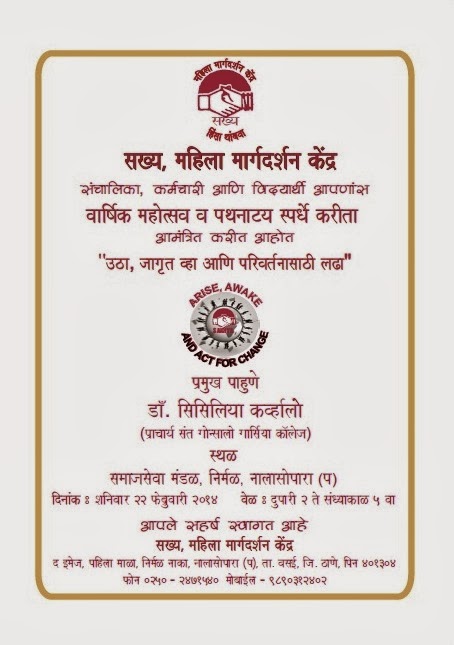 The event “ARISE, AWAKE AND ACT FOR CHANGE” is organized on 22nd  February 2014 to celebrate the presence of Sakhya for the last 27 years . The goal of this event is to sensitize youth and people to the atrocities on women, and to give rise to a gender bias-free society. The youth from the different NGOs, Colleges would be participating in this event.