Creating awareness among students and community girls about human trafficking 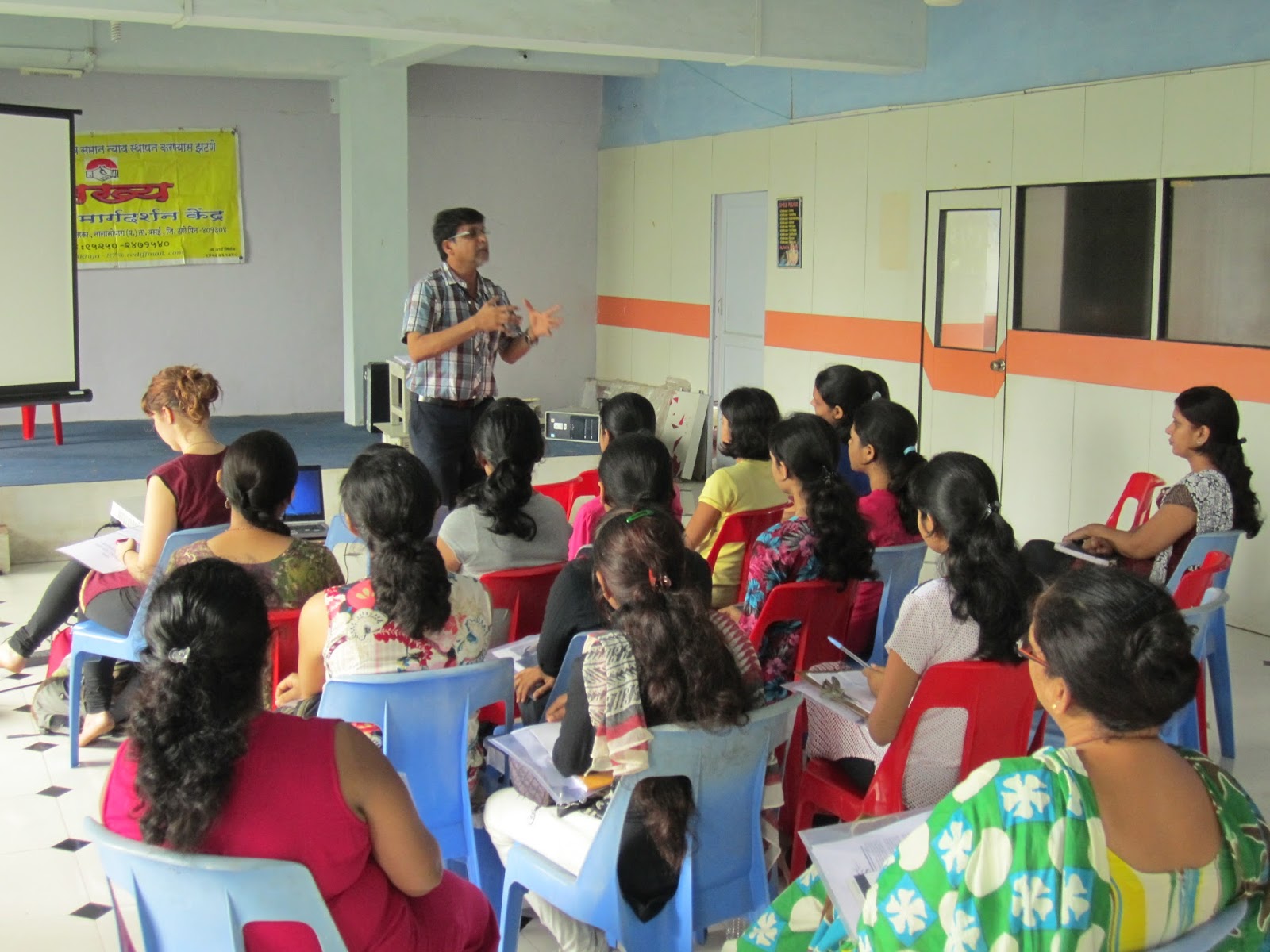 IJM [International Justice Mission] is an NGO that works on rescuing sex workers from ‘Brothel’. 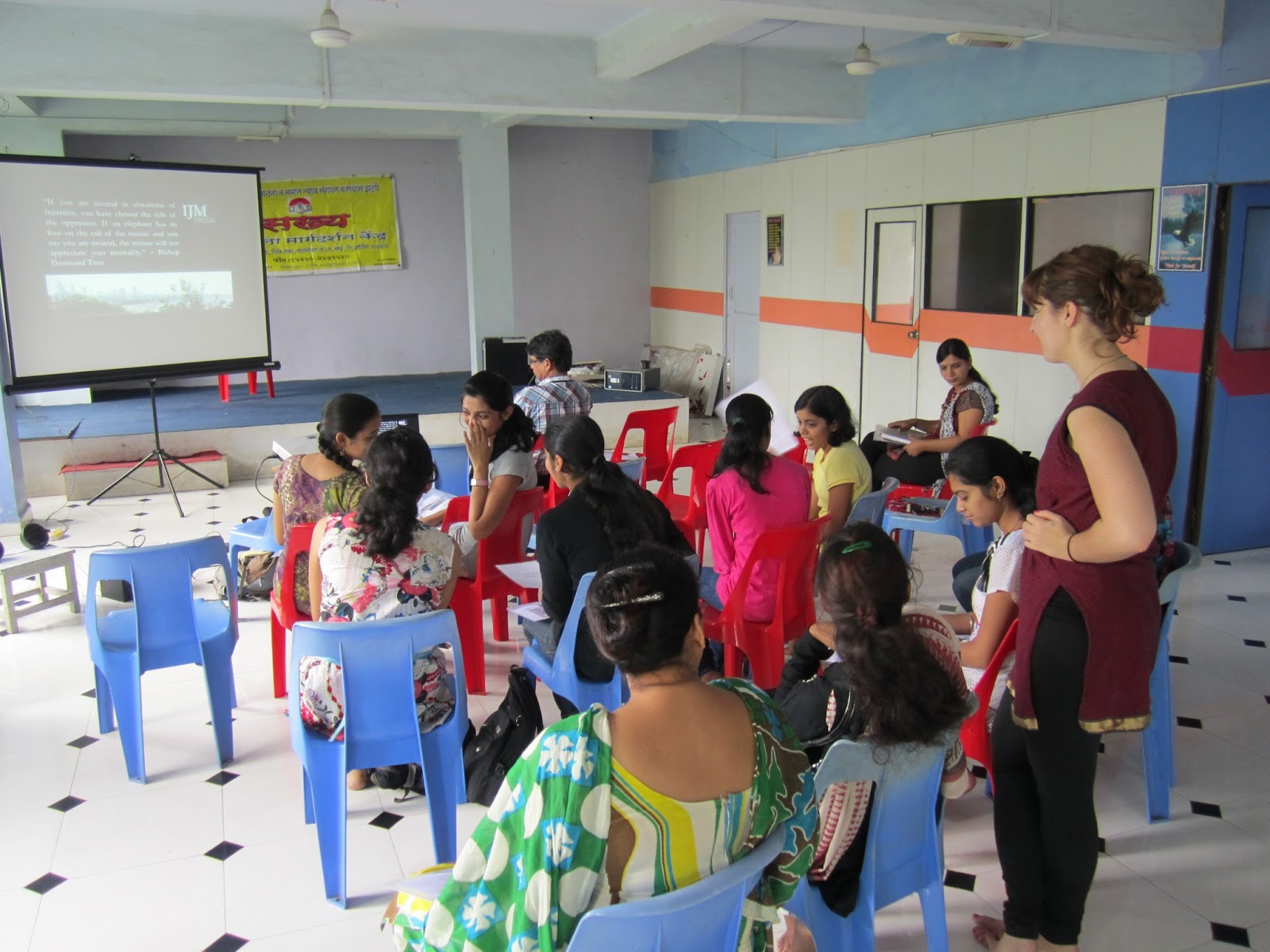 In the beginning of the workshop Ms. Christina divided participants into five groups and gave three topics on which the participants had to act. These topics were namely, female infanticide, domestic violence, starvation of farmers etc. Role-play was followed by discussion. Then Mr. Michael gave orientation about rescue operations of IJM and the involvement of police force in it, challenges encountered by them while doing rescue operation.  He also shared his experience of working with IJM. He shared some statistics which reveal that the economic profit all over the world gained from human trafficking is much more than profits gained by any other high-end multinational companies.
The students of St. Xavier College found the workshop very interesting. They participated well in the workshop by asking questions related to sex trafficking. They promised to share the information with their other friends and organize same workshop in their respective parishes. 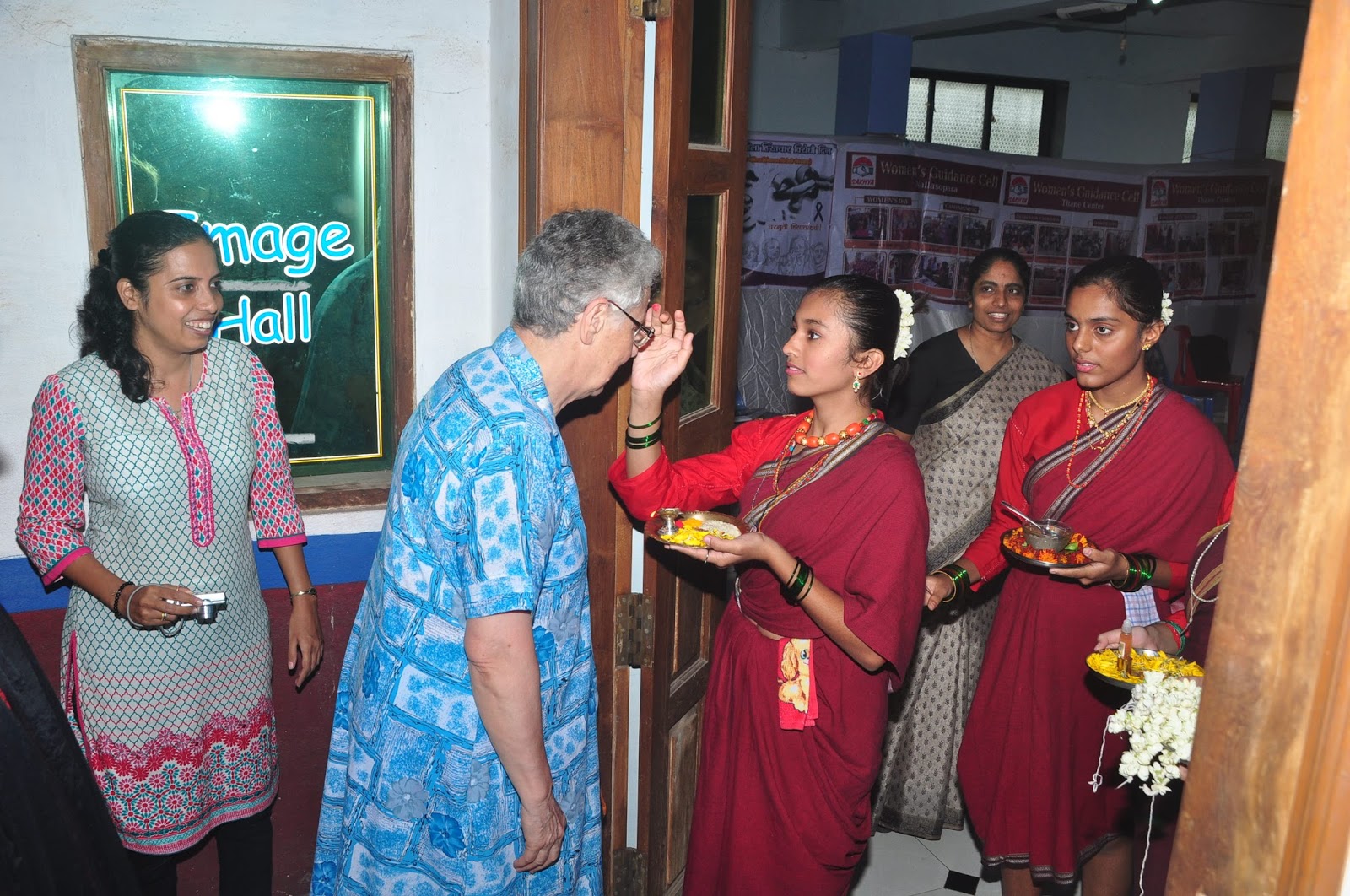 T
A team from Foyer Pierre Olivaint, France including Ms. Hazal D’lima, Ms. Pascal Puppinck, Ms. Minh Thu, Mai, Ms. Stephanie, Ms. Anais, Ms. Coralia, Ms. Noemia, Ms. Rosaria and Ms. Martha paid a visit to Sakhya Women’s Guidance Cell on 12th August 2013.The purpose of their visit was to get exposure about Sakhya’s work. To make their visit meaningful a two hours meeting was organized where all the staff were present.
When the team reached , they were given a warm welcome in traditional way with arti by the students of Holy Cross School .The meeting was initiated with formal welcome of the team with flowers . The staff of Sakhya gave a brief introduction of themselves. The two beneficiaries whom we helped overcome their problems were also present and they gave their self introduction. Ms. Hazal D’lima made the team understand Hindi and English conversation translating into French.    The inauguration of the Laptop and the Projector sponsored by the student’s team of France took place by cutting ribbon .After inauguration ceremony Ms. Rushila Rebello threw a light on Sakhya’s mission, strategies of work and the result of the activities carried out through power point presentation. They appreciated Sakhya’s result oriented work on gender issues and they were curious to know more about rescue work, the types of cases we handle and the campaigns we organize. Ms. Rushila Rebello gave them detailed information and helped them to know in depth about Sakhya’s work.  The Students team shared their own experiences of how they were successfully able to raise fund for Sakhya. 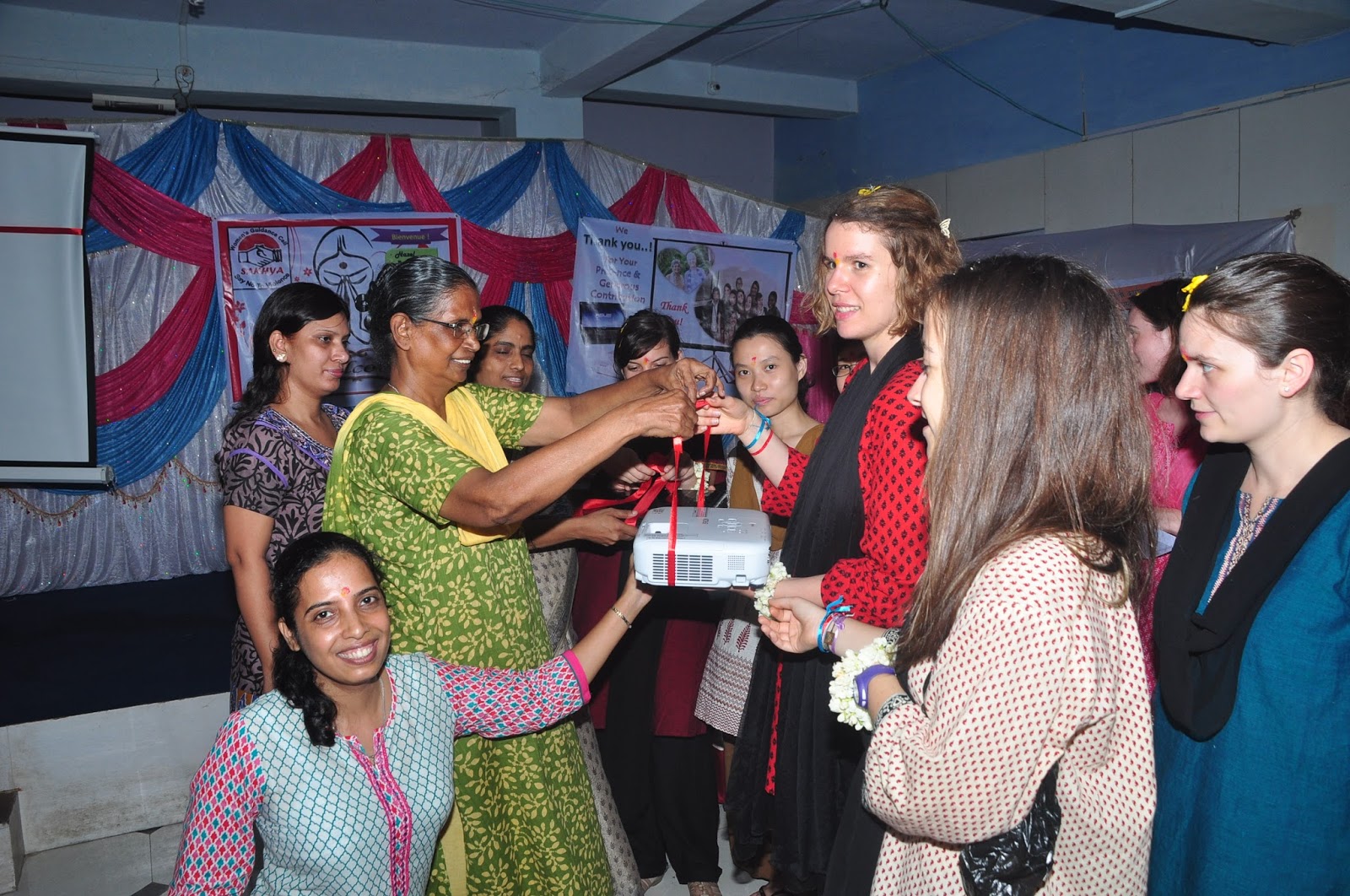 They were each given a small gift as a token of appreciation from Sakhya. The meeting concluded with vote of Thanks from Ms. Philomina Vaz.
Posted by Unknown at 00:32 No comments: 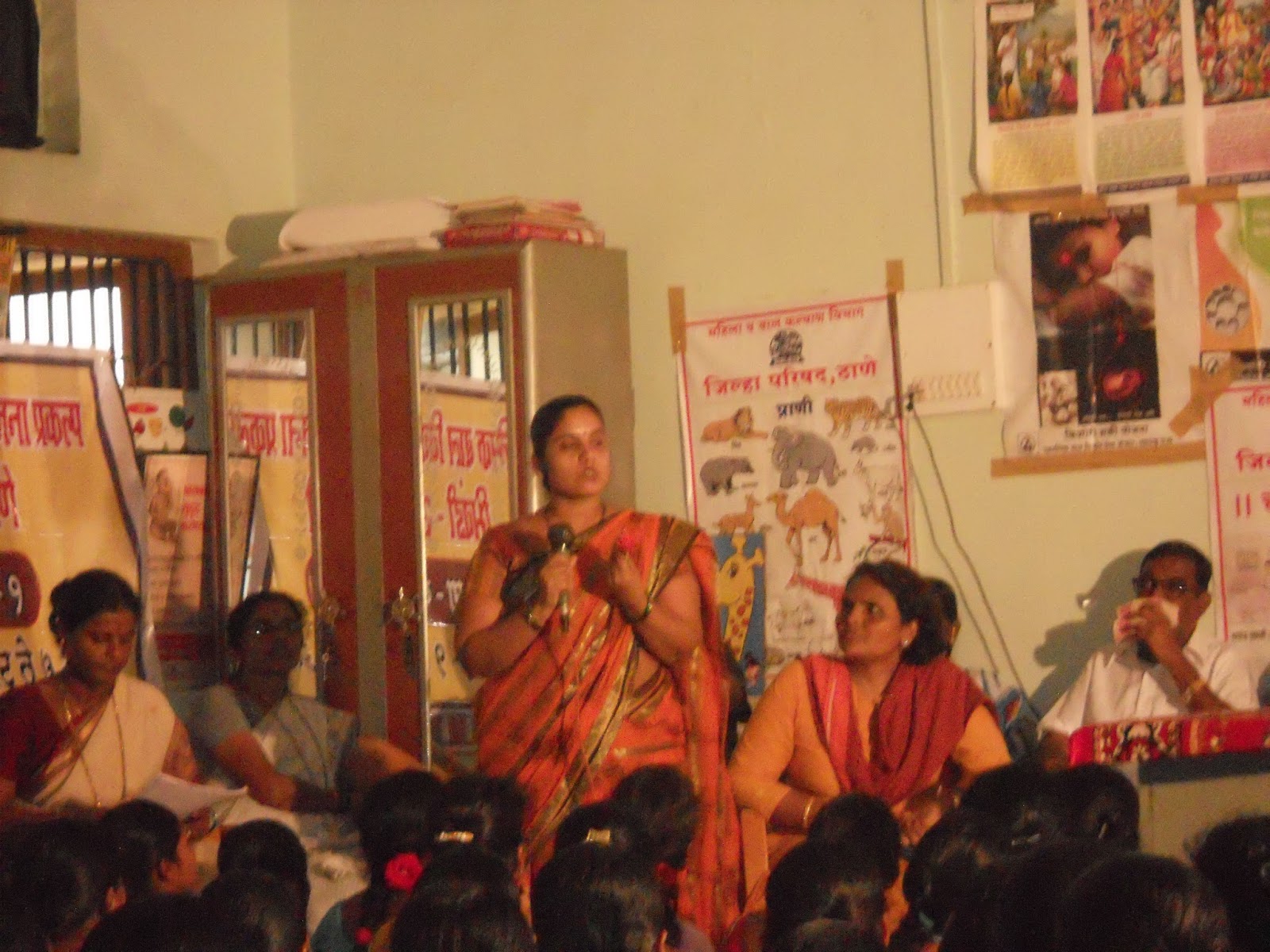 On 8th August 2013 while celebrating breast feeding week  a programme was organized by Sakhya Women’s Guidance Cell in collaboration with  ICDS, Bhiwandi. The main objective of the world breastfeeding week was to create awareness among mothers and other sections of society about health benefits for children.350 people including women, adolescent girls, Sarpanch, Talati participated in the program. 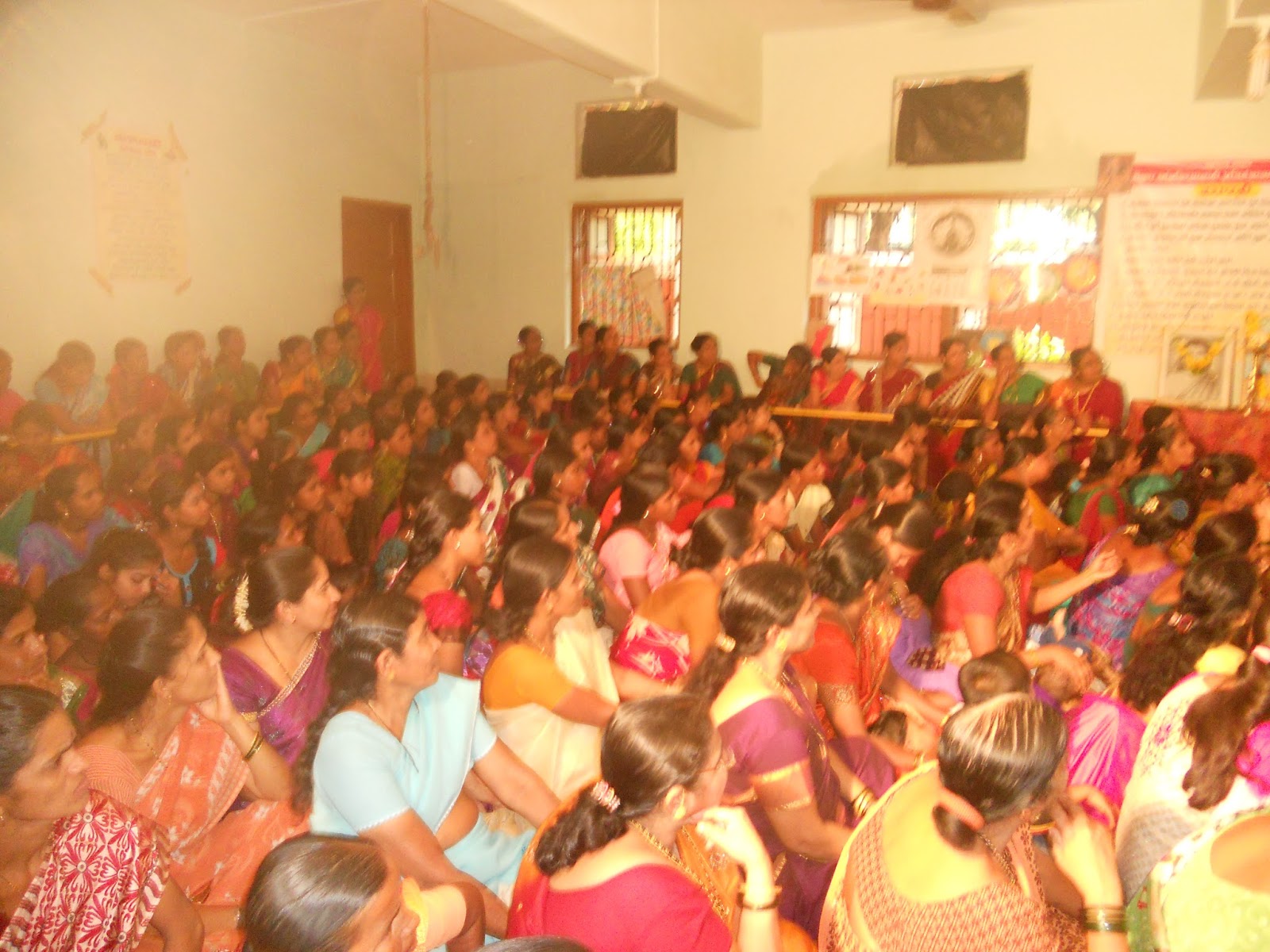 Mrs. Shalini Jadhav from Sakhya gave a lecture on the importance of breast feeding, health care of women and adolescent as well. Addressing the gatherings Mrs. Shalini highlighted the importance of basic health issues and said that to promote the sale of baby food products like cerelac advertisements are given , more often it is ignored that  breast feeding is the only ideal nourishment for infants. She further said that a healthy mother can give birth to a healthy child so the women should care for  their health from childhood rather than giving special attention during pregnancy.

The program sensitized a large number of mothers, adolescent girls about health benefits for children.A case was referred to Sakhya after the programme. On 9th August a domestic violence victim came to Skhay for counseling. 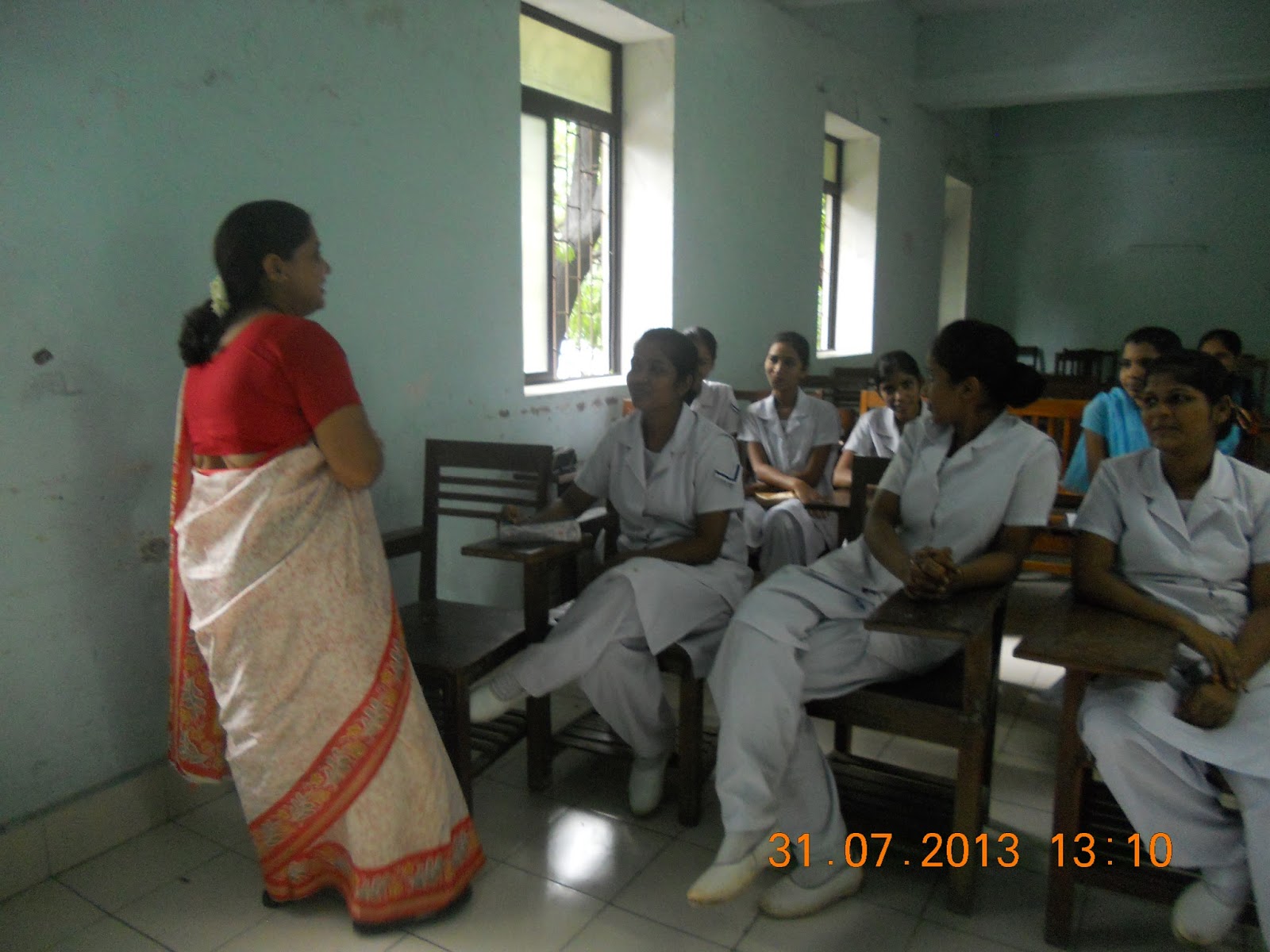 Today's technologically advanced society has been described by many as being a high-pressured and fast-paced world that is filled with uncertainty and ambiguity, a world that is oftentimes just plain stressful. Students are constantly confronted with important decisions and situations that yield feelings of anxiety, stress, and tension. For example, many students experience stress with regard to exams, class participation, projects, internship, dating, and job interviews. Hence this workshop was held to help the students to manage their study related as well as personal stress effectively. 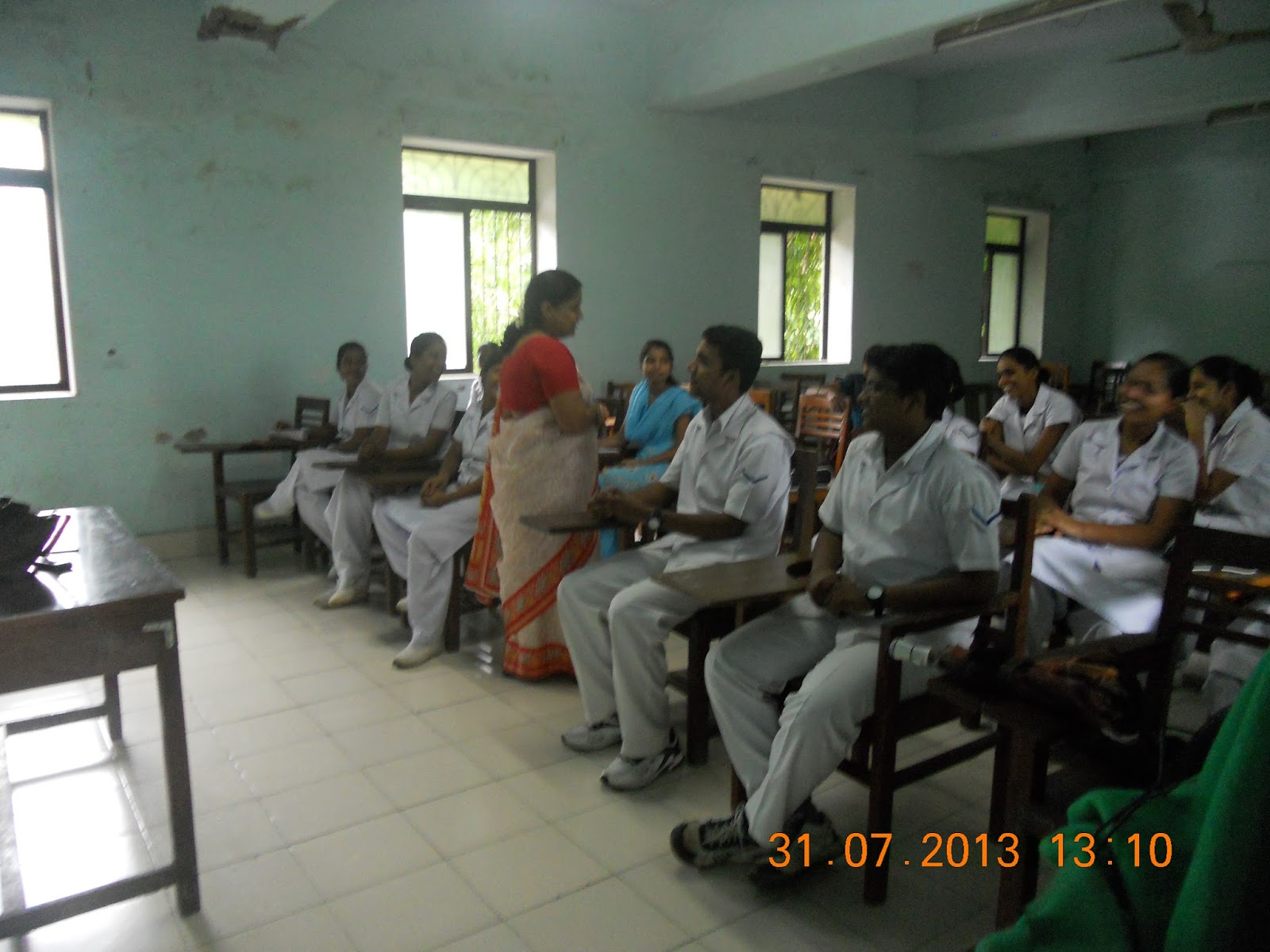 During this workshop students asked questions like  how to cope up with the situations when they come across the accident cases, HIV, trauma cases, how to handle tension in friendship, how to control anger.  Through this workshop students were assisted in making some changes in their internal reactions and behaviors toward particularly stressful situations. The students were guided by the meditational exercise in order to manage the stress effectively.
After the session 16% participants approached the social worker to discuss their stress related to studies and they were helped out by the social workers with tips.